THIS IS THE FIRST STUDY OF ITS KIND CONDUCTED IN SPAIN.

THE OBJECTIVE OF THE RESEARCH IS TO ANALYZE THE IMPACT OF SENSORINEURAL HEARING STIMULATION IN LANGUAGE LEARNING.

Last February, the Polytechnic University of Valencia, under the department of Human Behavior and Values ​​Focus Systems in the College of Administration and Management, began pioneering study for language learning in Spain. The project, which relies on the collaboration of the specialized language training division of Computer Aided e-learning (CAE), aims to analyze the impact of sensorineural hearing stimulation in language acquisition.

The exhibition, which will take place between a heterogeneous group of students of the English language, will be spread over six months to determine by what percentage the perception of language by volunteers has improved. A total of 180 participants ages 19 to 59 years with varying profiles and language skill levels, ranging from the most basic knowledge (A1 level) to those who fully master the language are ( C1).

The study is a collaboration between Cristina Perez and Marta Conejero, Specialized Language Analysis Group (GALE) of the Department of Applied Linguistics, along with professors from the Department of Economics and Social Sciences, Francisco Guijarro, and Fernando Garcia. The project is coordinated by Carlos Garcia, Vice Dean of the Faculty of Administration and Management of the UPV, acting director of the chair.

What is auditory stimulation? 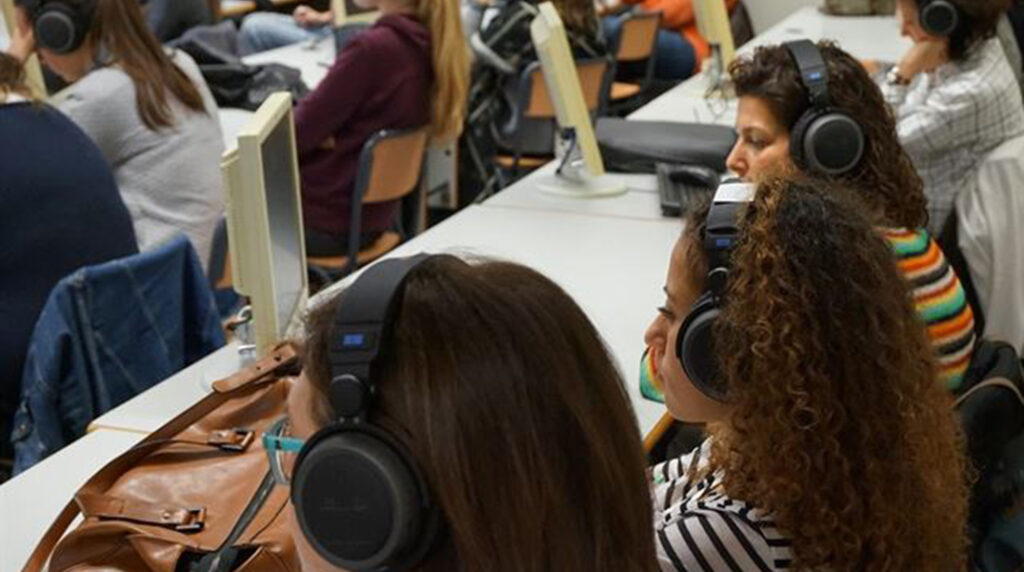 According to experts we are all born polyglots, but over the years our auditory system stops processing frequencies we do not have regular contact with. Native Spanish speakers hear frequencies between 125 and 2500 hertz.

Auditory stimulation is intended to ‘reset’ the ear or to return to the original state when we were children, and that the brain is able to decipher a phrase in a foreign language in divisible parts through syllables, words or phonemes. With this, learning becomes a faster and more efficient process for the student because the brain itself stops perceiving sound as noise and instead as pieces of a puzzle.

The project consists of three intensive auditory nerve stimulation sessions over a span of thirteen days. Volunteers receive stimulation through music, listening filtered Mozart music with sound contrasts, sudden changes of timbre, and changes in the intensity of the music. In the second and third phases, texts in English are introduced to help improve listening skills.

These tests aim to demonstrate how using auditory stimulation can extend the range of frequencies that people are able to process and how sensorineural linguistic integration is highly effective for those who want to learn, strengthen, or reactivate a language. 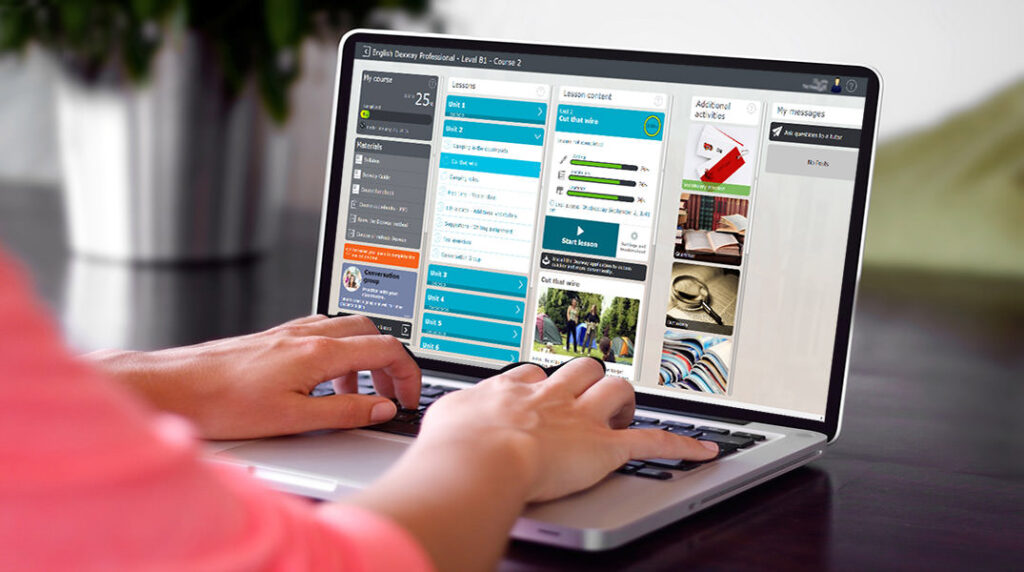 Auditory stimulation is useful and effective but to fully integrate a foreign language, the student must reinforce this by studying, using, and practicing the language regularly otherwise it might affect the success of the auditory stimulation technique.

For this reason, for rest periods between the three phases of neurosensory stimulation, the UPV has chosen the Dexway Language Innovation method for language learning. Through the Dexway language courses for mobile devices, volunteers practice different linguistic skills such as speaking and listening proficiency, reading skills, and typesetting.

The Dexway courses provide a perfect solution for the research project because it uses a natural and progressive language learning model in which students first listen, then associate, and finally practice the language in everyday context. Students retain the language and progress more quickly and effectively via highly dynamic courses based on online and offline learning combined with linguistic and multimedia resources, . “Having an App and cloud technology has allowed students to conduct the study from any device with full flexibility” explains José Barquero, Account Manager of CAE Spain.

Although it is still early to draw the final conclusions, researchers have observed that after the first phase of neurostimulation (thirteen days of stimulation) in conjunction with the Dexway language course for day’s off from the auditory stimulation, 70% of people in the project evolved and linguistically improved sound recognition.

This study can result in a learning revolution in terms of integration of languages, especially in countries where there are still many difficulties in learning foreign languages.