Your students will learn languages with a flexible and effective method

Our learning methodology is recognized as the most effective way to learn languages through a system of natural and progressive learning where students learn different language concepts intuitively by using and practicing the language. Our courses offer a complete learning method that helps students learn in an easy and entertaining way while improving their motivation and engagement, ultimately achieving better results and language development. Teachers can complement their current language teaching with an interactive language learning method, complete with content, materials, and the most innovative and advanced eLearning tools.

Structured courses that allow teachers and students to easily define objectives and achievements.

Language Labs don’t require an internet connection to learn a language. Courses are installed on a local area network. Even for online and blended courses, students may access and complete a course/courses without internet connection.

Subscription available for certain models. Access to all of Dexway’s resources with Dexway Authoring Tool

Regular updates and course support available anytime via our website. 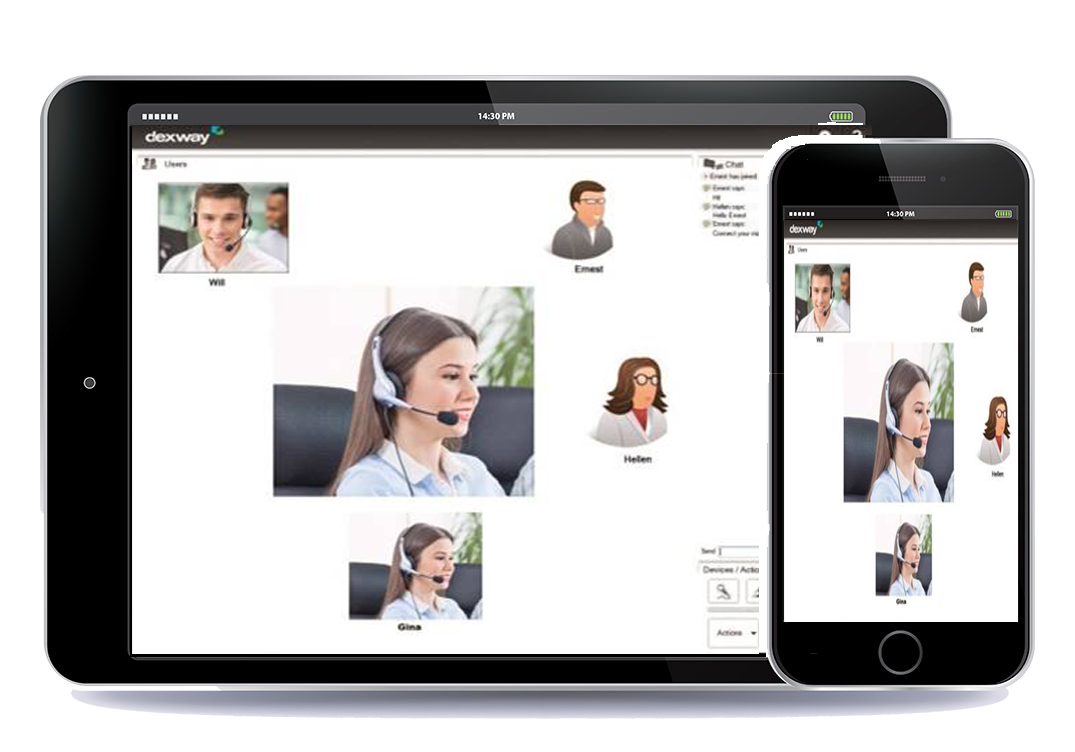 At any time, from the course and with just one click, the student has access to virtual classrooms where they see, hear and talk with other Dexway students.

Thus encouraging the participation and exchange of views in a virtual collaborative environment. 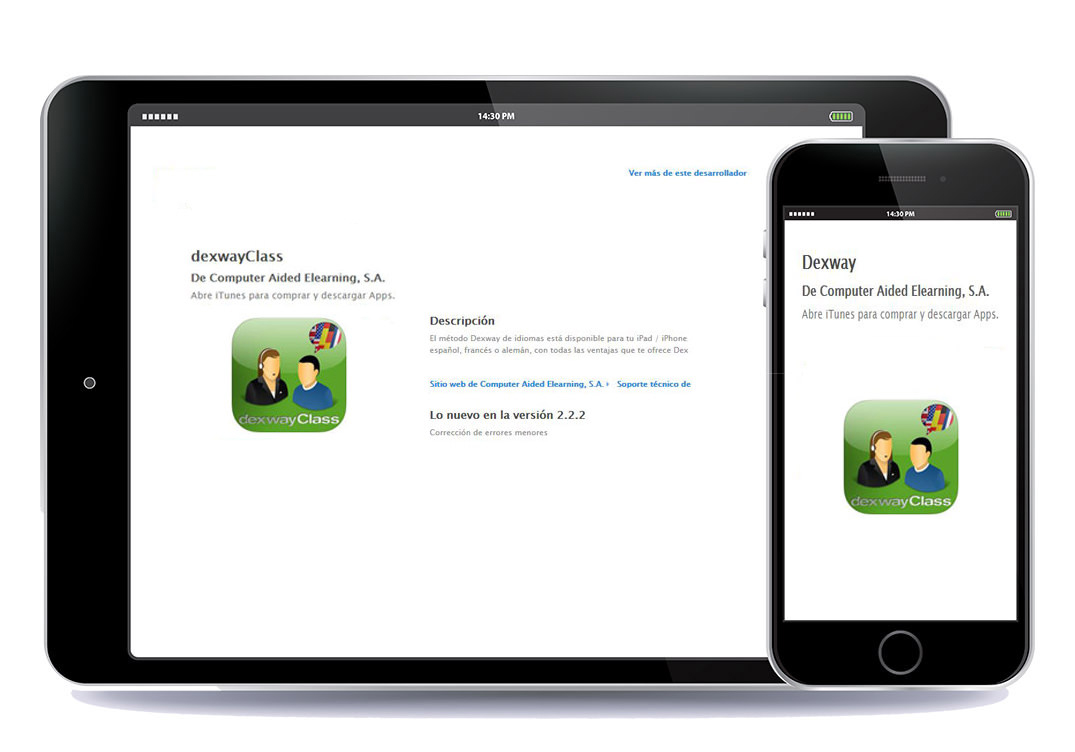 All our language courses can be used from any device and through our Apps synchronously even without Internet. 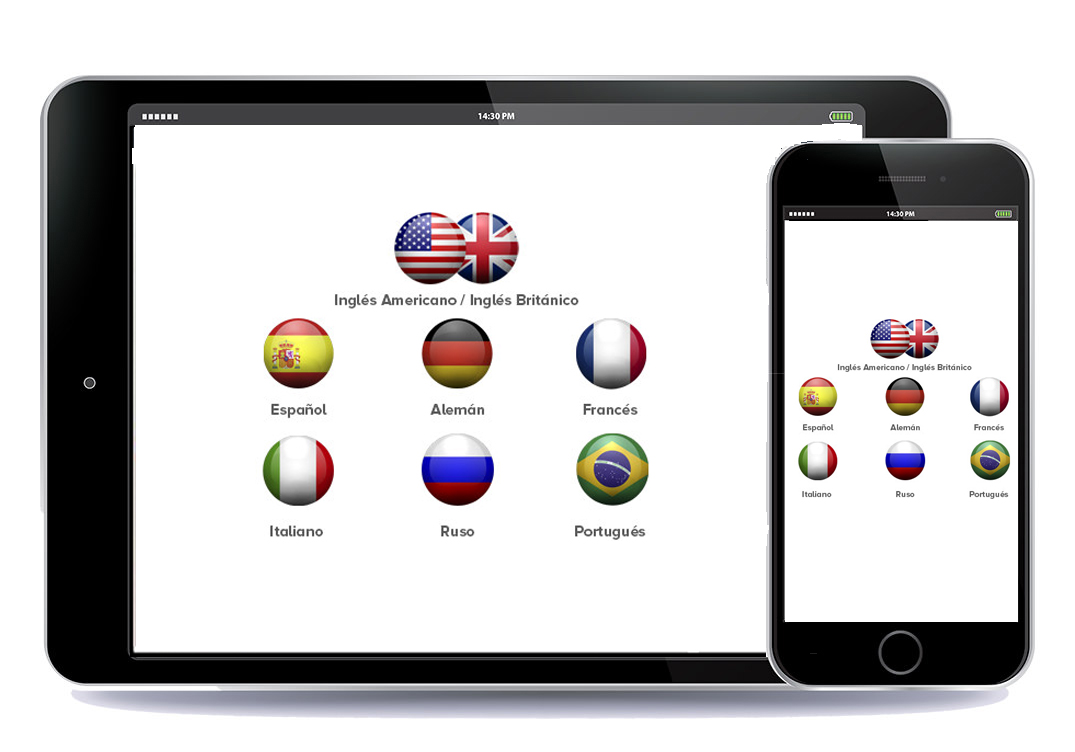 Aligned with the CEFR standard and official exams (Cambridge, TOEFL, DELF-DALF, Goethe …). A1 to C1 levels in English, French, German and Spanish. A1 and A2 levels in Italian, Portuguese (Brazilian) and Russian.

In order to facilitate the learning of a new language at the beginner levels, all the courses include interactive course help for the student available in 11 languages: French, English, Spanish, German, Russian, Portuguese, Chinese, Arabic, Polish, Greek and Danish. 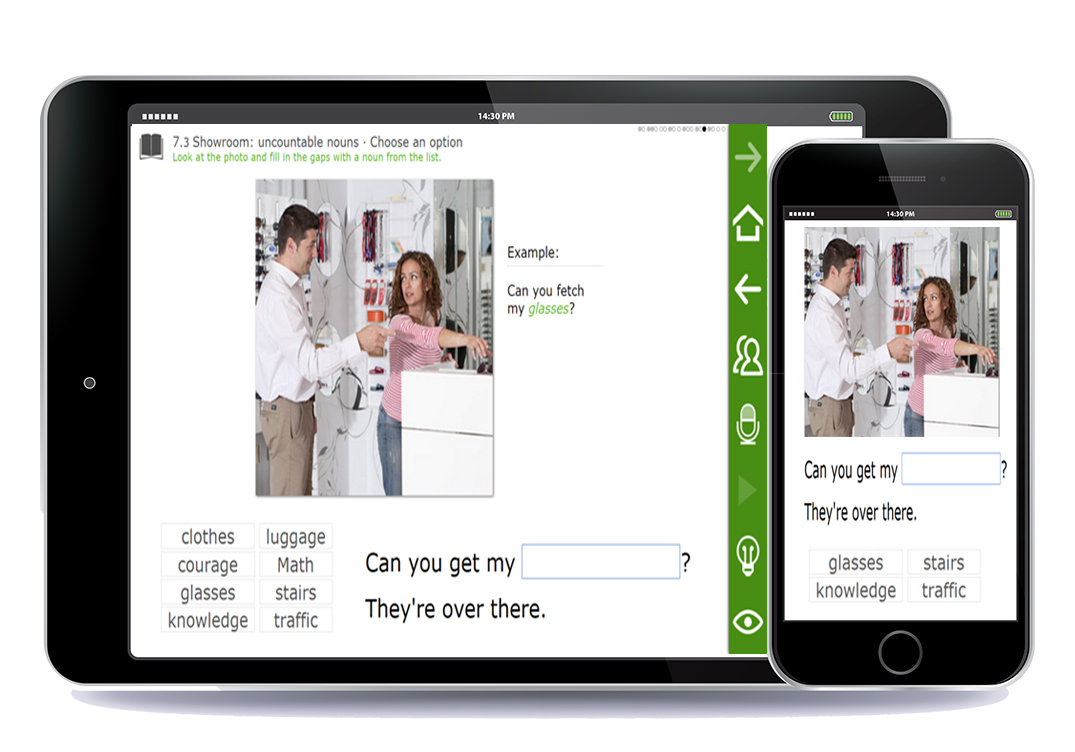 Dexway courses include videos, activities and exercises that allow students to learn the same way they learned their native language.

Structured learning, in a real context, in a visually way that immerses the students in the learning and use of language, interacting and participating in dialogues.

The students use the language from the beginning. However, they have help in their native language for the first levels. 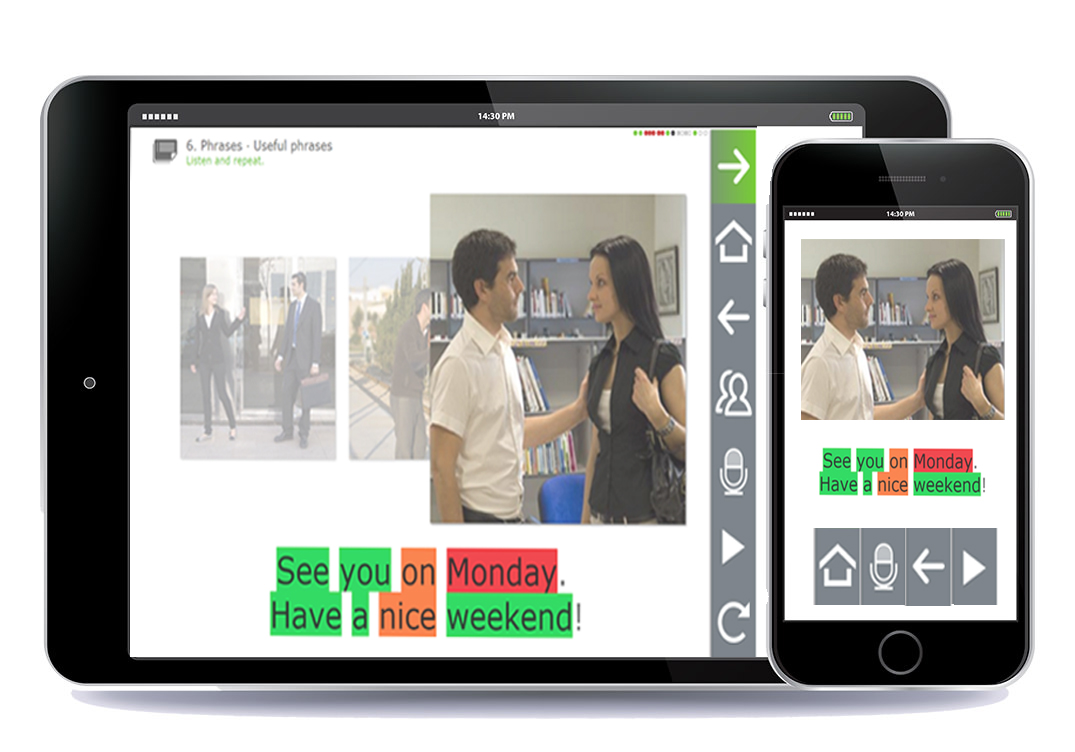 Through the most advanced voice recognition software the student pronunciation is evaluated throughout the course.

Students compare their pronunciation with a native and the course highlights the speaking mistakes.

The correction is done through a code of colours, both in words and phrases built in all pronunciation exercises. 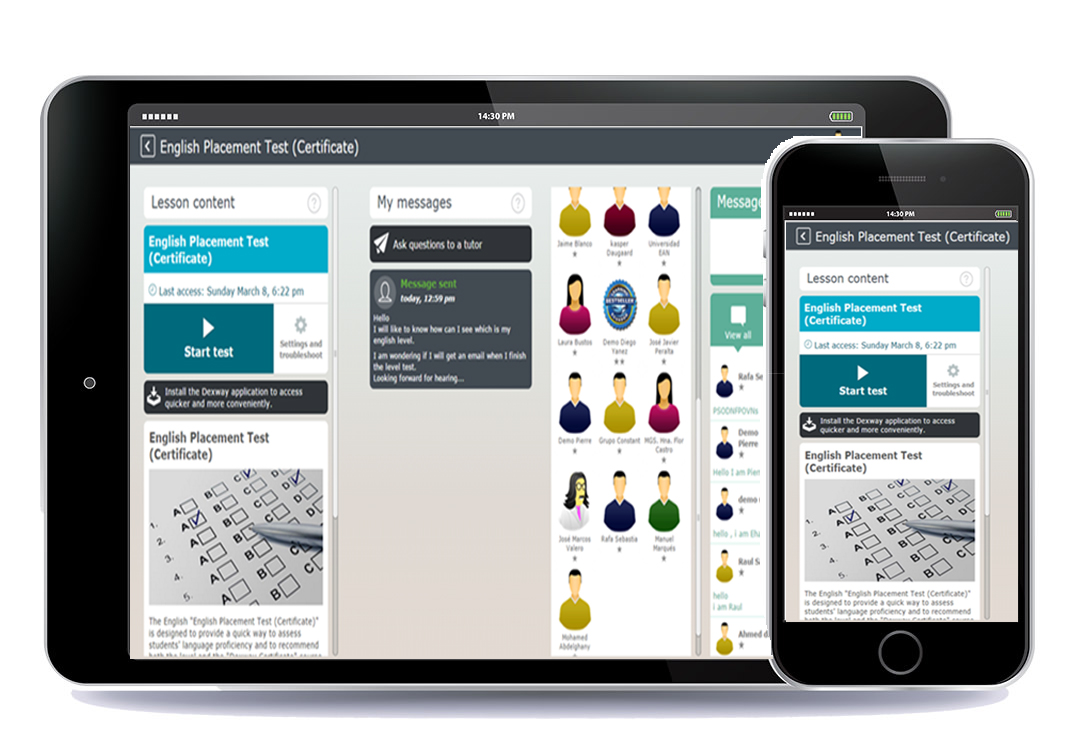 Before starting the course, students do a hit test which indicates the level that best suits their language skills. Also available during the course, a progress test and a final test to see the progress of each student.

Final test: tests performed at the end of the course to consolidate the knowledge acquired. (Available for all languages). 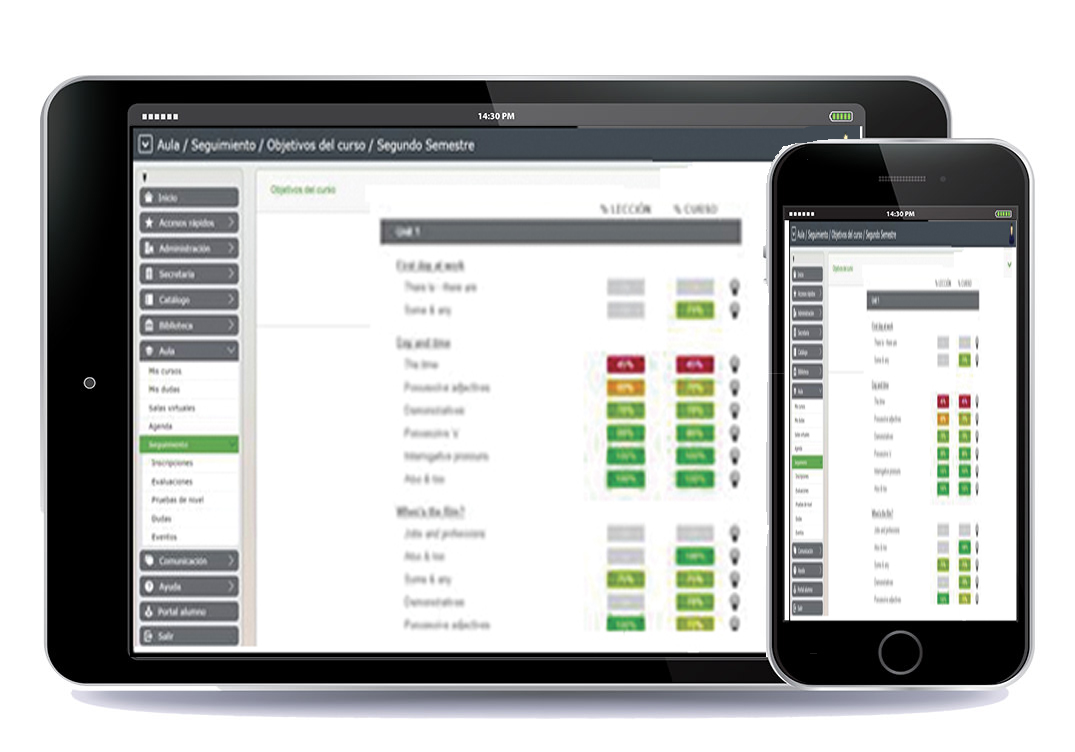 The innovative functionality of Dexway Analytics enriches the course´s methodology offering to both teachers and students a more detailed vision of the specific objectives that each course proposes to achieve.

Allows to identify the specific language objetives that each student or group of students need to reinforce. 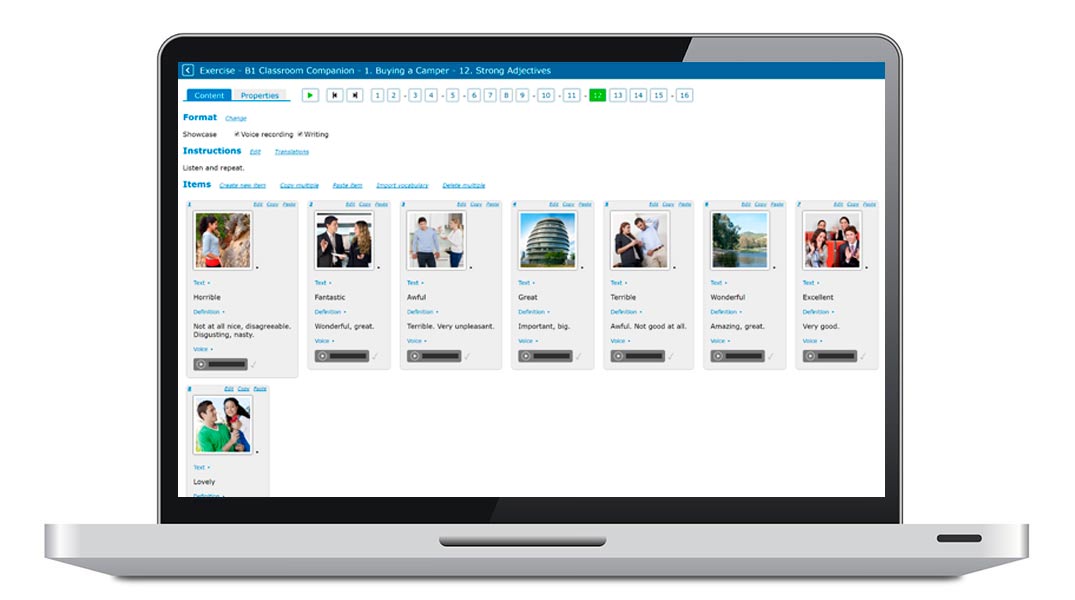 Dexway courses have their own editing tool, Dexway Authoring Tool, which allows you to customize courses and tailor them to suit different areas of interest or specific learning needs.

All versions of Dexway courses can be customized with objectives, exercises, images, videos and different voice recordings (from Dexway’s libraries or your own). 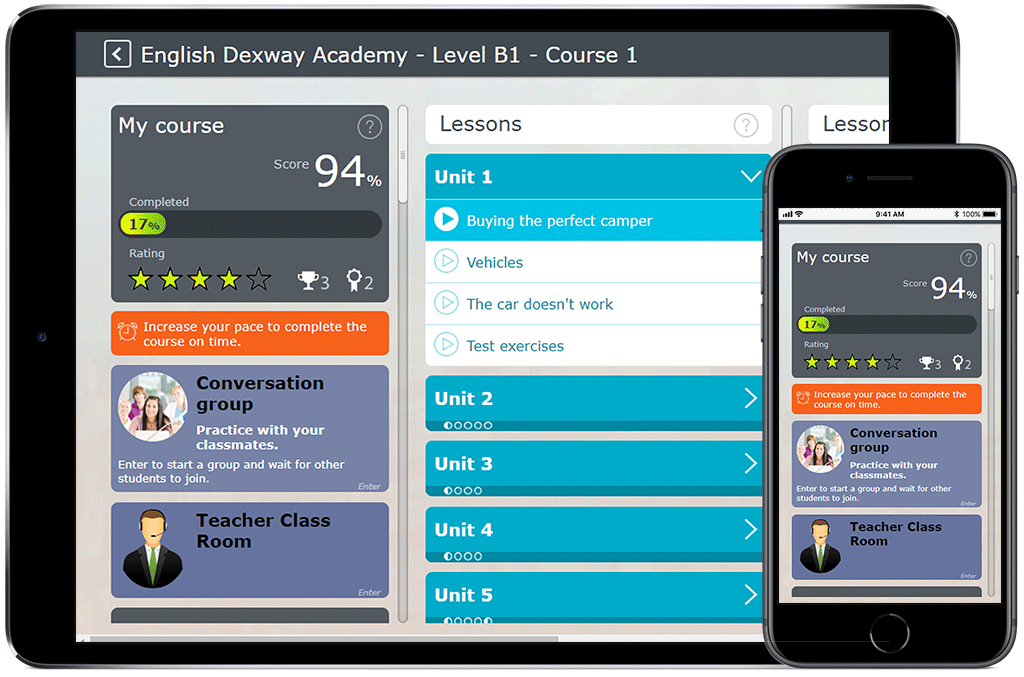 Through the gamified assessment system integrated into Dexway language solutions, a support structure is displayed to increase students’ motivation and engagement and maintain learner interest throughout the course.

– The aptitude and attitude of students are assessed, rewarding three dimensions of effort: behavior, achievements and mastery

– A system of points, trophies and medals

– Individual achievements and students’ rank in the group

8 languages available. Levels from A1 to C2

Specific courses which will help you differentiate


Specific courses which will make you differenciate
We use own and third party cookies to improve our services and show related advertising to your preferences by analyzing their browsing habits. If you go on surfing, we will consider you accepting its use. Accept Read more
Privacidad y Política de Cookies

Any cookies that may not be particularly necessary for the website to function and is used specifically to collect user personal data via analytics, ads, other embedded contents are termed as non-necessary cookies. It is mandatory to procure user consent prior to running these cookies on your website.